The Belle Tire Girls AAA Hockey program is committed to helping female hockey players develop as athletes, leaders, and members of society through a competitive hockey environment that instills life values such as teamwork, sportsmanship, a consistent work ethic, and respect for self and others.

At Belle Tire your daughter’s development will not only focus on what she does on the ice, but will also concentrate on the importance of:

The hockey program is based on the belief that the development of a hockey player integrates physical, mental, and tactical training while continuing to develop a strong skill base for each player.

The Belle Tire Girls AAA Program is comprised of 12U, 14U, 16U and 19U teams. All teams play a highly competitive schedule that prepares players for success at the MAHA State Playoffs, USA Hockey National Tournament, Collegiate and Olympic levels.

Belle Tire has a reputation for developing girls willing to put in the time and effort to achieve higher levels of play.

Congratulations to our College Commits!

Tribute to our Coach, Mentor and Friend John Vigilante 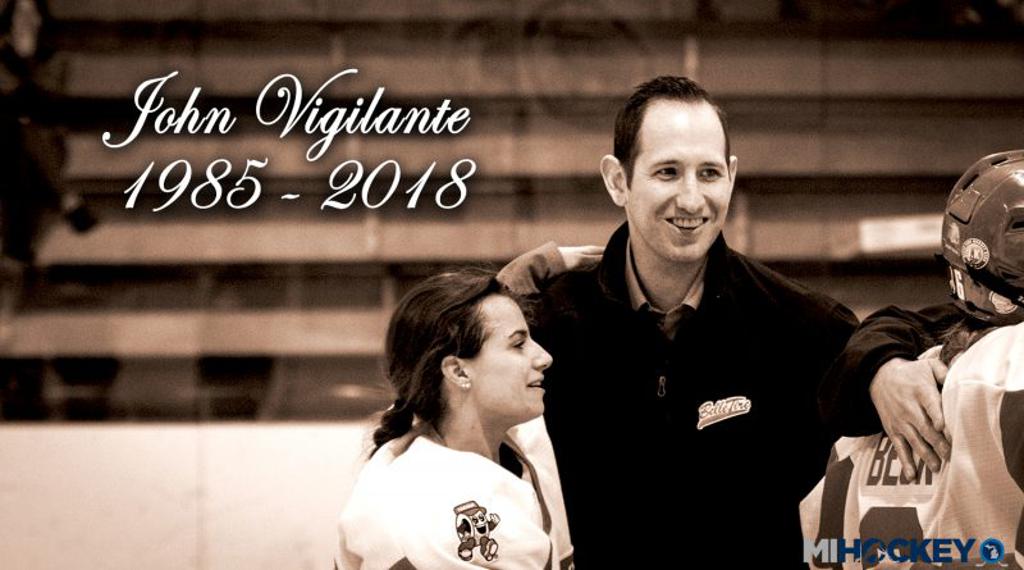 Donations can be made at:
https://www.gofundme.com/john039s-youth-hockey-foundation

He was known to many in professional and amateur hockey, and at Belle Tire we knew him as “Coach John”.

Coach John sadly passed away at the age of 33. He was our mentor and friend.

While his passing was much too early in life, Coach John left a lifelong mark with anyone that had the pleasure of knowing him. He had a "heart of gold" and spent countless hours helping his teams and players reach their goals.

Always first to the rink, Coach John was often seen on the bench outside the locker room drafting the days practice plan. Always last to leave the rink Coach John stayed after practice and worked individually with players fine tuning their skills.

Coach John had a way of bringing out the best in his players. He often said, “you gotta grind if you want to be the best”! Words that continue as the fabric of the Belle Tire Girls program.

His passion for the game was unmatched - the reason he was so successful.

Some of John’s player and coaching accomplishments:

Coach John also made an impact off the ice. While with the Griffins he was named the team’s “Man of the Year” for his “outstanding contributions to the West Michigan community” after participating in children’s hospital visits, volunteering at youth hockey practices, talking to kids during school visits and more. Heart of Gold!

Coach John touched so many lives. He will be missed!